Canada has six species of garter snakes, ranging from 45-97 cm long. They are olive brown to black, with yellow, orange or red stripes running horizontally down the body.

These small snakes are found from Vancouver Island to the Maritimes, north into the Northwest Territories, and are absent only from Newfoundland. They live in a wide variety of habitats, but are generally found near water.

These snakes have no venom, but many species vibrate their tail in dry vegetation to imitate the sound made by rattlesnakes. 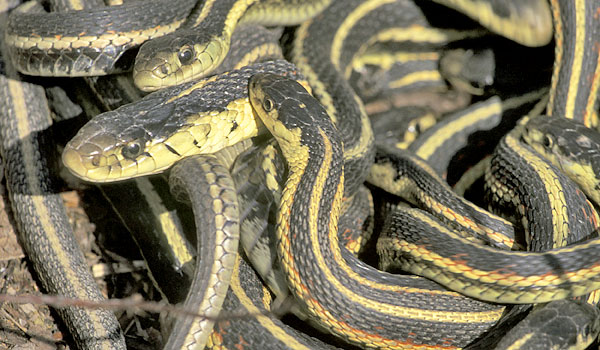